An important starting point for managing landscapes is understanding the fundamental ecological characteristics of the site. These are shaped by a complex interplay of factors: the underlying geology; local climate and hydrology; history of land use at the site; as well as by the distribution of flora and fauna over time.

Massachusetts has a rich geological history, reaching far back to the movements of the earth’s continental crusts and the formation of bedrock over millions of years, and more recently to the arrival and retreat of glaciers during the last ice age, which ended about 12,000 years ago. The retreating ice sheet deposited glacial till that forms the basis for our soils, well-known for being quite rocky. Glacial movement shaped the region’s landforms and water bodies. Distinctive features, including Cape Cod and the islands of Martha’s Vineyard and Nantucket, were formed by the glacier’s terminal moraine and outwash plains.

Changing land use patterns of the last few centuries have also done much to influence local ecosystems. After European colonization, the extensive forests that had established themselves in the millennia after the last ice age were almost completely cleared— for farming, grazing, or lumber. Then, after the Civil War, as agriculture moved westward, we experienced a remarkable natural reforestation and second-growth forests emerged. Now, these are being lost as ever-expanding development continues to fragment the landscape.

The Concept of Ecoregions

Ecoregions are geographic areas defined by shared geologic, climatic, and hydrological conditions, as well as by the types of plant communities present. Both the EPA and the USDA Forest Service have delineated and mapped the ecoregions of the country as a tool for ecological research, land management, and planning. The regions designated by each agency overlap quite closely, with slight variation.

The Massachusetts Division of Fisheries & Wildlife﻿ has used this data on ecoregions, starting with those of the US Forest Service and grouping together a few of the most detailed level IV regions, to designate nine principal management zones within the state. This is a schematic that we find to be helpful for appreciating our Commonwealth's varied ecology. Described below, each region’s characteristics give us a baseline for knowing what plant species and natural communities we might expect to find in those locales. 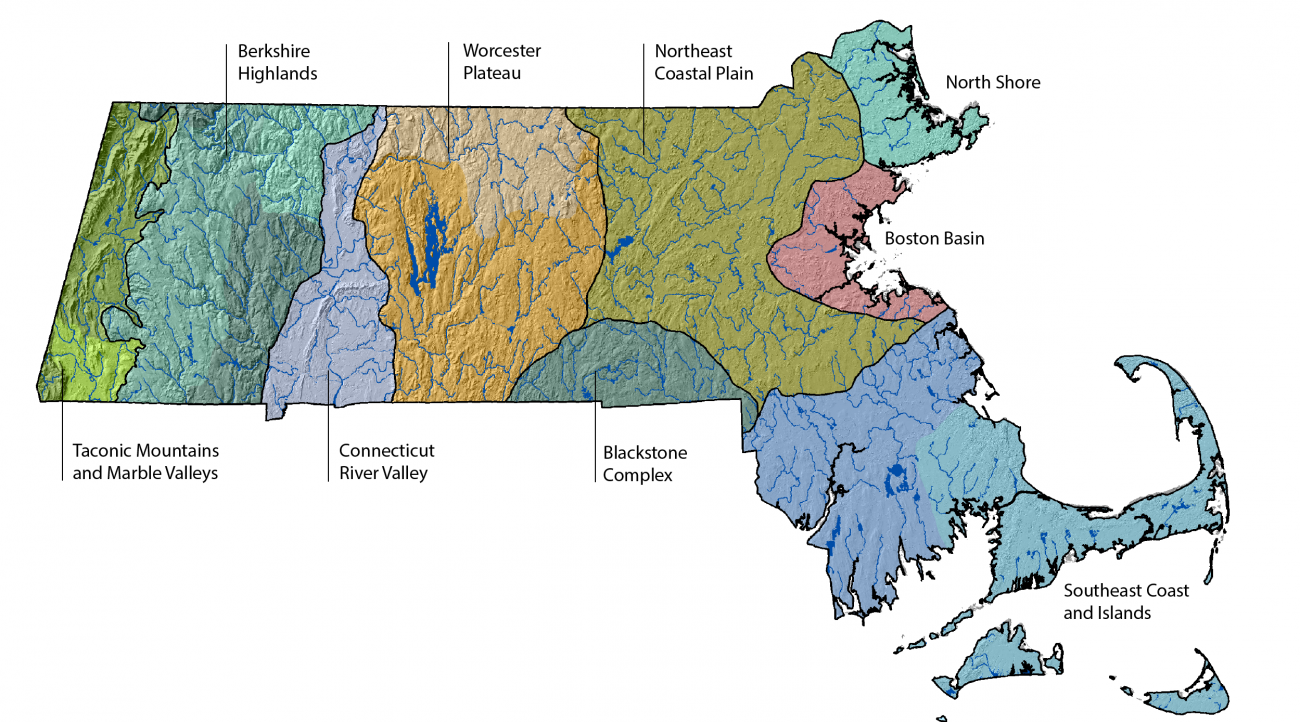